Today at NAB Adobe revealed the next version of their video tools. From my perspective, the most interesting developments happened on the Premiere Pro front, and the next note will deal exactly with that. As of now, let’s take a look at another promising part of the suite – the new SpeedGrade. 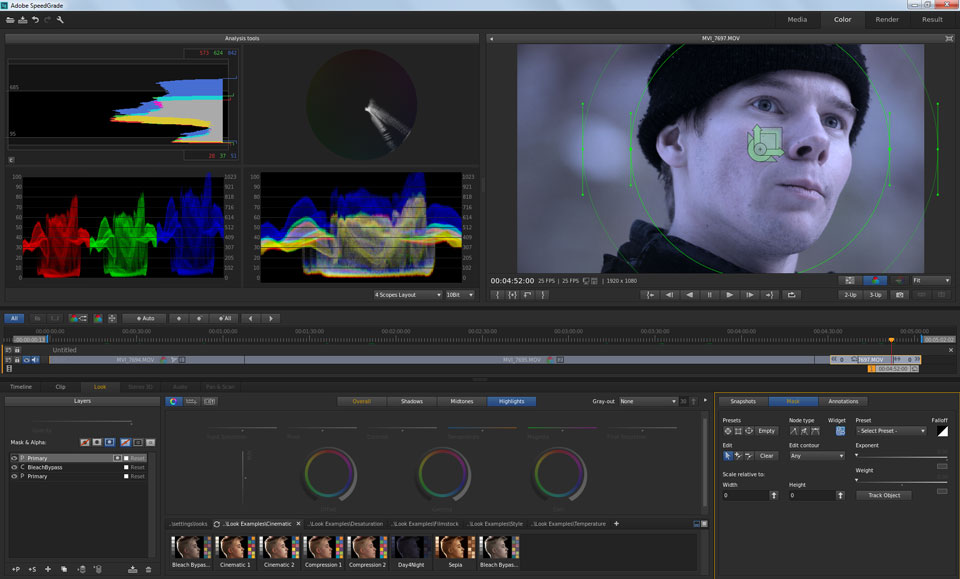 SpeedGrade interface in its full glory. Quite a lot of things are going on, and certainly it’s an improvement over the previous version to have these panels all on a single screen.

Courtesy of Adobe development team I had an opportunity to take a sneak peak at the pre-release version. I played with it long enough to see how much of my integration wish list has been adressed, and I have mixed feelings about it: 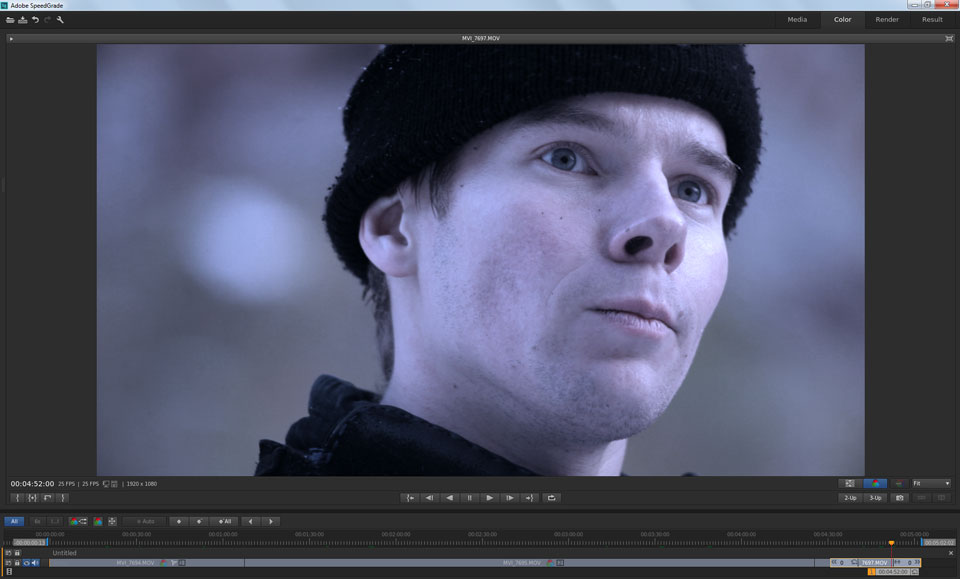 You can quickly turn on and off the panels, to focus on the actual footage that you intend to grade.

As you can see most of the issues have been addressed in some manner, so there certainly is some progress, although for the seamless integration into the pipeline we will still have to
wait. It is kind of disappointing, especially after seeing how Premiere changed within past year. Certainly the goal of creating the default color grading application for Premiere editors remains unachieved.

Unfortunately as of today, mostly due to the points 1 and 4, the ease of use, and the number of available features, Resolve Lite still remains my software of choice, unless I’d be grading in 2K or higher, which currently I’m not. I wish SpeedGrade team all the best in their efforts, and I shall monitor their progress with interest, waiting for the moment when I can use the software for one of our productions.

There has also been an interesting development for me in terms of SpeedGrade, but right now I am not at liberty to say anything more than I will most likely learn this software much better than I ever wanted to at present moment. Life goes mysterious ways.