Before I published my previous interviews with Alan E. Bell and Zbigniew Stencel, I sent Norman drafts of those and asked for his opinions. Here is his reply. 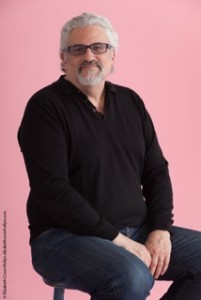 Thanks for sending me the two pieces. As you suspected, I do have a few thoughts.

I give a talk at workshops about my concept of the Lean Forward Moment in which, in the first 60 seconds, I deliberately use the phrase “manipulate the audience.” The entire concept of my Lean Forward Moment is that audiences react to things that change and, so, if we want them to react to something important, we need to manipulate the audience to lean forward (internally) and pay more attention to what is going on in our films at particular moments of storytelling. Some people are okay with me using that word. Others are not. But all of us usually agree that this is something that we do in our work as filmmakers.

Though there is much more to the Lean Forward Moment concept than that, this means that we are exercising control (as filmmakers) when we introduce the first close-up in a scene, when we change the pacing of the cuts, when we show someone talking, and when we show someone listening. The entire art of what precise frame to use when we make a cut occupies weeks of discussion in my early editing classes.

And we’re only talking about a cut here. Since I first started in the editing world I’ve learned that there is an art to when we introduce and lose sounds, when we start and stop a music cue, and how we shape a character’s internal life using effects (or, as we used to call them, opticals). I once spent months working with the director and producer on what the various colors our fades would go into and out of. Each one represented a particular emotion of our important characters and spoke to the tone and complexity of what we wanted the audience to feel at that moment in the film.

So it puzzles me why some people would feel that it was “cheating,” “trickery,” or “not proper storytelling” to use compositing to create Performance Enhancing Visual Effects. Editors have spent their careers learning ways of manipulating audiences to do just that. The fact that our latest NLEs and suites have broadened our ability to do that, is more of an opportunity than a violation of cinematic cannon. While it has complicated our job, I don’t see any editors trying to do away with using the basics of color correction or sound mixing in our editing.

That having been said, I am in an awkward position here. As Alan says in his interview, the tools to using Performance Enhancing Visual Effects are not easily learned while an editor is working. It requires a commitment and, frankly, is beyond my present skill set. I am slowly learning Fusion to help with that, but it will take me more time than I presently have to do it reasonably well. So I feel that I am preaching what I hope to do, rather than what I do.

On the film I’m editing now, I’d love to be able to show the director a reasonably competent PEV to solve some of the timing issues that can bring his actors’ performances to a higher level. We are combining raster sizes, color and black & white footage, and single and split screen images. Using plug-ins I am able to show him enough of each manipulation of the footage to help him to decide whether it is the right approach to the story.

I see no reason why split screening for performance is any different.

I absolutely believe that, since this could be an essential tool on our tool belt, that it is something for all of us to learn — just as we learn to composite. If it were up to me, I would include it whenever editing for performance is taught — which means pretty much every week. The way that I like to teach is to filter these performance lessons throughout all of the lessons — whether it is about sound, music, choosing what frame to edit on, whether to show someone talking or someone listening and, of course, when to use the performance enhancing techniques that you are asking about.

I should add that, in most cases, a colorist can do a much better than I can in grading shots for a specific emotion. A great sound designer can run rings around my ability to create a mood for the story of a film I’m editing. And most of my students can do much better After Effects work than I can, as I work with my footage. But I use my color, sound, music and VFX temp work as communication tools to show the director what his or her footage can do to manipulate that audience. And the same temps can help our colorist, sound designer, composer and music editor, and VFX designers to understand what it is that we like and don’t like about our film. My temps are great communication tools – no more and no less. Performance Enhancing Visual Effects are the same. I wouldn’t expect them to end up in the final work, but they can certainly take my weak suggestions and turn them into the effective storytelling tool that we knew they could during the editing process.

I see only two downsides to this technique, neither of which is a good reason NOT to use it.

First, it takes time to create each of these effects effectively; time that the editor rarely has enough of. Given the realities of any project’s schedule, decisions always to be prioritized. Is it better to work on the problematic scene in Act One, or to bring an already fine scene in Act Two up to a higher level? Is it worth trying out four different music style choices, as opposed to spending that time cheating alternate readings of lines into an actor’s mouth? Or – is it a better use of editing time to work on pacing of a scene through traditional means, or to build that scene’s story through PEVs?

Of course, the temptation is to try and do everything, which only works when the time (and money) is available to do that. We all want our films, shows, commercials, event and wedding videos, or branded content to be the best that it can be. In the absence of the time and money, however, a decision as to whether to use PEVs in storytelling is no different than making the decision with any other tool editors use. Replace the acronym PEV in the last sentence of the previous paragraph with “different music,” “faster pace,” or “visual effects” and you’ll see what I mean.

The second downside to PEVs is more subtle – do they change the ability of an actor to do his or her job if they have no idea if the performance that they are playing off of will be different after editing than it was on the stage?

And, for that, there is only the reality that this is the same as it ever was. We have always had the ability to cheat the audio from take three into the over-the-shoulder picture from take two. We have always been able to change the cutaway reaction from a calm to an angrier take, so long as the cutaway actor gave us the variety. We have always been able to make selections that differ from the ones that have been made on the set. It is up to the creative team in the editing room, in that case, to make those changes in a responsible manner, to have a good storytelling reason for the change. We should all have the best interests of the film in our heart, and make our choices based on that.

That is the real meaning of collaboration, and that is why I’m not worried about this second downside to PEVs. It’s just one more tool in our proverbial tool belts.

Now if only I could figure out how to do it better than my present skills allow me. Ah, then I could really talk about it.