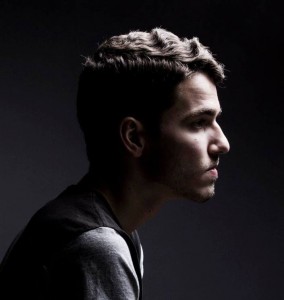 Please briefly introduce yourself and tell us about your daily job.

Hi, my name is Ben Gill and I’m a filmmaker and designer based out of Orlando, Florida. I’m still a student in my last semester for UCF’s Film BFA Program so my day-to-day is going to class, working on sets, freelancing, and trying to find time to work on personal projects. I feel like a filmmaking workaholic at this point. This semester I’m editing and doing visual effects for about 4 projects for my classmates in addition to what I do as a freelancer. Keeps me plenty busy!

Obviously you are interested in PEVs – you have published a short compilation of various sources, and made an interesting split screen tutorial as well. What sparked your interest?

I’ve always been interested in the post-production side of things, starting with an interest in Adobe After Effects for motion graphics and visual effects, and then developing toward editing as I learned more about film theory. I am a huge David Fincher fan, and through the study of him and his collaborators I have developed similar processes in my own work. Fincher DVDs are always chock full of special features and the post-production featurettes opened my eyes to a whole new level of perfectionism in post, namely through invisible split-screening. Since I had a foundation in visual effects and compositing, split-screening seemed like a perfect marriage between that and editing.

As far as I know, you are still studying film at UCF. Can you tell us how much of your PEV knowledge and skills were self-taught, and how much was it the direct result of your education?

If watching hundreds of hours of video tutorials counts as being self-taught, then I would say I’m almost entirely self-taught. Film school at UCF has been great for foundation and practice in terms of writing, directing, and cinematography; but for post, Andrew Kramer of Video Copilot is probably the best teacher I have had! I learned the most from making stupid shorts that focused on visual effects and finding ways to apply those techniques in other ways. I’m sure you can still find them on my YouTube channel, they were a great playground for developing my skills and my voice as a filmmaker. My interest in filmmaking did not develop until junior year of high school and I’ve always felt that I have a lot of catching up to do. Rather than wait until an editing or VFX class rolled around, I just absorbed as much as I could from online resources.

In your work so far, have you done PEVs as an editor or a VFX artist?

Both, my first time using invisible split-screening was a year ago as an editor (two of the projects made it into my tutorial). Since then I use invisible split-screening at least once in almost every narrative project I cut. Last spring I was the VFX artist on a 35mm short film and performed some PEVs to fix some continuity/timing issues between shots. It’s one of the projects I’m highlighting in a follow up Invisible Split-Screen Tutorial I have been working on. I hope to release it soon. It features some examples that are a bit more concrete and illustrate the benefits of the techniques better.

What are your thoughts on PEVs as an editor? How about a VFX artist?

I think they’re fantastic. A whole new layer of possibilities in editing, like an edit within an edit. Allows you even more manipulation, which I love. It’s an incredibly useful tool in a filmmakers toolkit, and many don’t even know that the options exist! My opinion doesn’t change as a VFX artist, just like any other VFX shot, you’re making the impossible, possible and helping the director achieve their vision.

What PEV techniques have you used so far? What do you think is easy, what is harder?

Are there defined categories? They all kind of blend together to me. Invisible split screens are often really simple and can be done straight in an NLE. Others can get quite complicated with characters crossing one another or hand held camera. I have actually never done one for a handheld camera, that’d be a fun challenge. I saw in the interview with Alan E. Bell he sometimes morphs performances together, that sounds crazy! I’d love to learn how to do that and try it. Static and smooth? Easy. Complicated and handheld? Headaches.

What tools are you using to create PEVs? Is there anything in particular that you’re missing?

I’m pretty settled in Adobe Creative Cloud so I usually turn to After Effects because I’m more comfortable with the controls. I feel like I’ve only scratched the surface of PEVs, I’d love to learn some of the more advanced techniques. The main reason I made my video about invisible split-screening, is that there are so many interviews talking conceptually about PEVs but virtually no resources to learn how. I’d love to see some of the more advanced techniques illustrated so I can apply them in my own work!

Do you think that the growing popularity of PEVs is going to change the job description of an editor in the end? I’m not talking about the nice-to-have skills here, that’s obvious, but about the fundamental change of perspective, akin to: those not able to perform at least a temp PEV need not apply?

The ability to perform simple VFX as an editor is so valuable. It saves the production a lot of time and money when effects can be done in house. It might be something that gives you an edge over another applicant as an assistant editor if the editor is likewise familiar with the techniques. Unfortunately, the vocabulary for these skills is not locked down yet so it’s difficult to figure out what to call those skills on a resume.

Do you think there should be any limits or considerations on how and when the PEVs are applied?

I think your application of PEVs should fall in line with the directors vision. Sometimes the flow on the day is exactly what the director wanted. However, a lot of the time the director changes his mind. The ability to cut lines and speed thing up while making continuity match through PEVs, is invaluable.

Have a look at Ben’s behance portfolio, and here’s his great split screen tutorial, in case you missed it last time:

And here’s his new tutorial about other PEV techniques that he used in his other projects: