I’m certain you will be able to read about the new features introduced in Premiere Pro 7.1 on dozens of websites. I won’t bother repeating them all. Let me – as usual – focus on the issues that I consider the most relevant and usually not covered. see more →

My current daily job requires producing about 50-60 minutes of content per month of something that roughly falls into mostly unscripted reality show. Within 30 days we have to prepare the final edit, sound mix, including voice over and music, motion graphics, any potential VFX shots, mostly cleanups, and finally some rudimentary grade and DVD authoring. The time is precious, and short. And sometimes changes have to be introduced a day before, or even on the mastering day.

No typical tutorial this week, but a small demonstration of the KEM roll (sequence editing) feature in the next version of Premiere Pro, and a little multicam trick which can help you to “unnest” your clips from a sequence. I hope you’ll enjoy it, even if the software is not available yet. 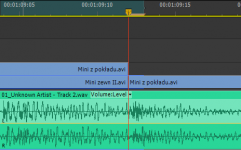 In late September 1944 Field Marshall B. L. Montgomery, a very bold and talented British commander, led an ambitious offensive whose objective was to force an entry into Germany over Rhine. He aimed to  capture a series of bridges with the help of paratroopers, who would have to defend them until the main forces arrived.

Him and Premiere Pro have a few things in common: they are both audacious and tend to overreach. Monty’s boldness and wits won him a few battles, especially during his campaigns in Northern Africa. However, in this case his arrogance went a bit too far. Similarly, Premiere Pro also has its Arnhem moments.

Premiere has always included the current frame in the in/out timeline selection, but until the latest release, it has not bothered me much. CS6 introduced a plethora of new features, which made me change my previous workflow from mouse and keyboard driven to more keyboard oriented, mostly due to the new trimming interface, and the unpredictability of the ripple tool, making the problem more pronounced. 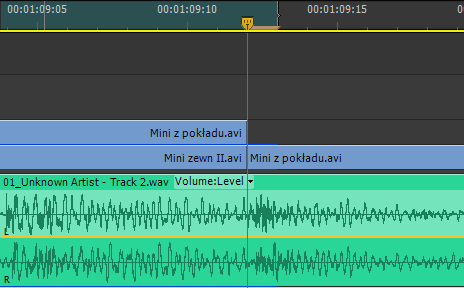 A frame too far…

The joys of old

It used to be, that the arrow tool ( ) allowed me to perform about 80-90% of operations by having the mouse in my right hand, and the left hand on the keyboard close to the (that’s Command for you, Mac people) key. If I wanted to trim, the arrow tool would intelligently turn into the trim cursor, when it approached the edit point. If I needed a ripple trim, I would press , and I would always get the ripple trim tool for this operation. Then let go of the modifier, and I’m back with the arrow. If I wanted to adjust audio levels, the arrow tool would allow me to raise and lower the value in the timeline, while would add keyframes, and allow to manipulate them. The only actual tools I used were rolling trim  ( ), slip ( ) and slide ( ). Rarely rate stretch ( ), as handling the speed changes by Premiere for interlaced footage is pretty uninspiring, and from time to time track selection tool ( ). I don’t remember ever needing the tool palette, and found myself constantly switching it off to save some screen real estate.

Easy and fast. Combine that with a few shortcuts to add default transitions, and it turns out that using mouse and keyboard seems to be the most efficient way to go. The simplicity, ease, and flexibility of the timeline manipulation in Premiere was amazing. And for anyone using this method, opening Final Cut Pro legacy was sometimes pretty annoying. And Avid, especially before MC5? Don’t even get me started…

The mixed bag of the new

Then comes Premiere CS6 with its ability to select edit points, and improved trimming. And suddenly, this old workflow seems less and less viable. The hot zones for edit point selections are pretty wide. One has to be careful not to suddenly click on an edit point, because then the trimming mode will be activated, and ctrl will no longer act in predictable manner, giving you the ripple trim as you’d expect. It will change its behavior based on what is selected, and in general make manipulating timeline with a mouse much less efficient.

It’s understandable then, that I found myself drifting more towards the keyboard-oriented workflow, using trimming mode ( ), setting in (  ) and out (  ) on the timeline, and finally learning keyboard shortcuts for lift (  ) and extract (apostrophe) – something, that I never needed before, because ripple delete, razor tool  ( ) and add edit ( + remapped to ) were simply quicker. I even started to enjoy the new way of doing things.

And all would be fine and dandy, were it not for the already mentioned fact, that Premiere marks the currently displayed frame as part of the selection. Which means, that if you position your playhead on the edit with the nicely defined shortcut keys (up and down arrow in my case), and press to mark the out point, you will include also a single frame after the cut.

This is a bit problematic.

I admit I have seen it before – this has been the standard behavior of Premiere from the beginning – but because I hardly ever used in and out in the timeline, this has not bothered me much. However, when the selection started to become the core of my workflow, I found it terribly annoying, and slowing down my work. When I do any of the following operations, I need to constantly remind myself to go back one frame, to avoid the inclusion of the unwanted material:

I enjoy editing in CS6 a lot, but this “feature” literally keeps me up at night. It’s such a basic thing, that even Avid got this one right… When the playhead is positioned on an edit point, the out point is selected as the last frame of the incoming clip.

Why then does Premiere behave like Montgomery and has to go one frame too far? British Field Marshall also wanted to eat more than he could chew, and in the end he had to withdraw. Every time I have to go back a frame, I feel like I’m loosing a battle. Why?

Not one frame back, I say!

I mostly listen to audio books, podcasts and lectures, but occasionally I also turn on some music. So far I’ve not yet encountered a player that would incorporate all the following features that I consider crucial:

And I think this is it. I would love to have sound normalization to 0dB, but I’m a realist here, especially with 8h sound files. I can live with good volume slider or buttons.

I used to have Creative Zen, and I liked it very much for its interface, but it didn’t have the feature number 1, and it died on me a couple years back. Right now I use Vedia B6 – it doesn’t have features no 2, 5, 6 and 8, and is quite an unstable product, to say the least. But after discovering feature number 1, I never looked back.

If you happen to know a player that suits all my needs – hey, let me know. If you build one – even better